It can be tough work sometimes tearing the kids away from their favourite screen and getting them outside for some fresh air and exercise. One of the great things about Logan and surrounding regions is that it is absolutely bursting with playgrounds. We’ve found the best parks that will get the kids and the kids-at-heart running out the door...

Hang out at one of Brisbane’s oldest parks and most popular spots for local families to engage in interactive play! Alongside the Brisbane River, New Farm Park includes a large sporting oval to organise a neighbourhood team of football, soccer or cricket players. This is also a great space to toss a frisbee or play ball with the kids!

Mums and bubs meet for picnics to connect with one another in a circle surrounded by beautiful rose gardens while their older children entertain themselves climbing on a wooden jungle gym which weaves in, under and around a giant fig tree formation. New Farm Park also hosts regular events throughout the year such as Farmer’s Markets on the 2nd and 4th Saturdays of each month, and seasonal Moonlight Cinemas. 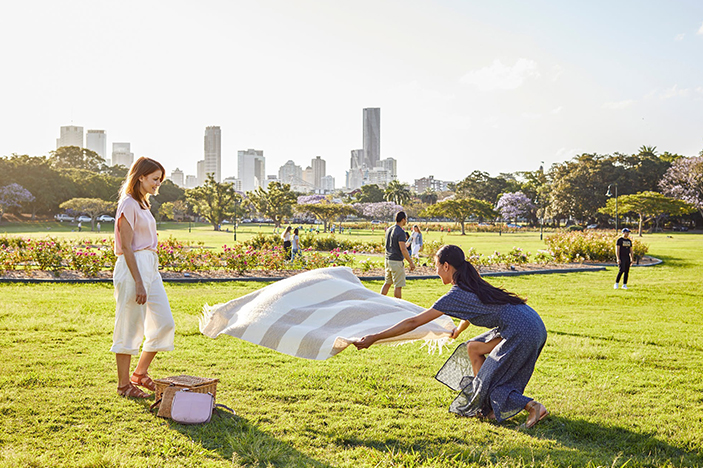 If bird watching and nature are your family’s thing, this is for you. Heritage-listed Sherwood Arboretum protects rare and endangered species of trees ranging from wet rainforest to open Eucalyptus forest. Trees that thrive in a sheltered setting are specifically grown for scientific, educational and display purposes. When founded in 1925, this particular arboretum set a new trend by being the first to virtually exclude exotic trees not native to Australia.

Thanks to its abundant tree cover, filtered wetlands and mangroves – all well-established alongside the Brisbane River which acts as a corridor for wildlife – Sherwood Arboretum is also a hotspot for bird-watching. 170 species have been sighted over the past fifteen years so it’s not uncommon to discover 40-50 different types of birds on a 90-minute walk along the trail. Even rare ones such as the Pale-vented Bush-hen, Spotless Crake and White-headed Pigeon sometimes make exciting appearances!

Kids will have a whale of a time at this remarkable park for water play!

Imaginations run wild at this playground with its highly inventive equipment. While children attempt to dodge being squirt as they run and jump from one fixture to the next, whales randomly spout water at them, making them squeal with laughter!

Filtered sea water from the bay flows freely into the shallow wading pool, a safe place for young kids to slide into and swim on a hot summer’s day. Although this park is suitable for all ages, little ones will require assistance on the slide which is high.

There is also a sandy area with space to kick a ball, tracks to walk or bike, and a jetty to go fishing. A popular place to picnic or host a party on the weekends, and delightful to gaze at the bay while your children play. 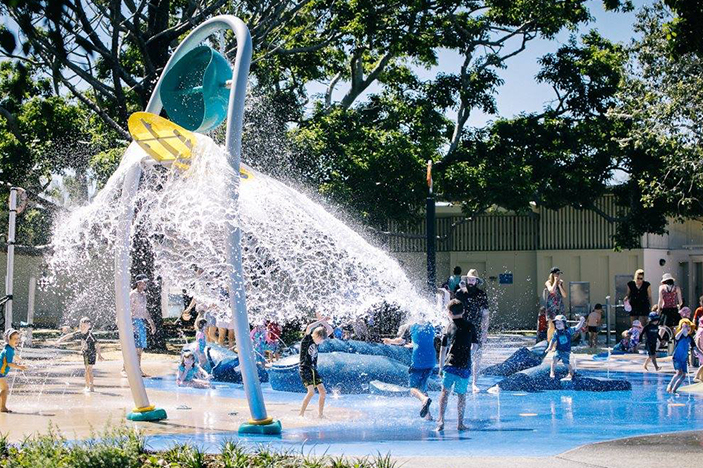 Aptly named for its location on the Brisbane River in Seventeen Mile Rocks, one of the unique aspects of Rocks Riverside Park is the community garden looked after by locals who tend to their own plots of planter boxes. Tomatoes, lettuces, artichokes, leeks, parsley, passion fruits and strawberries are organically grown.

Complete with climbing nets, a flying fox and a water play area, this park also has all the usual equipment for children to entertain themselves.

With loads of open space and a half-sized basketball court, the park is routinely used by as a boot camp for fitness trainers too. 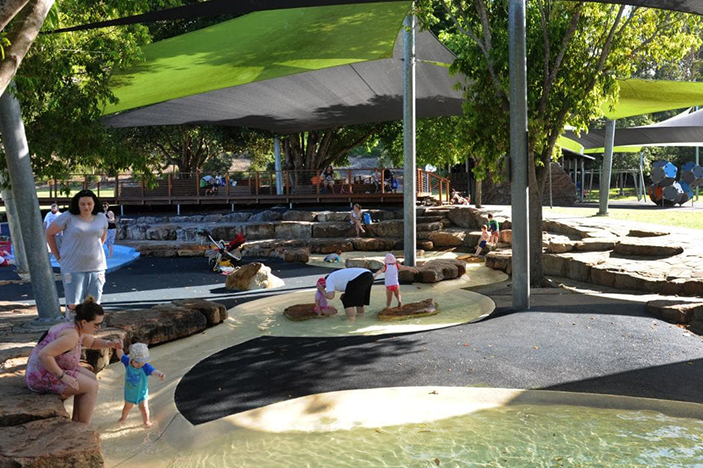 At the southern end of South Bank Parklands, Picnic Island Green has been upgraded to include a contemporary playground that is situated on the greenest of grasslands surrounded by tall trees and lush gardens. Presenting a spinning saucer, cubby house, a basket swing for multiple users, bouncy, soft fall mounds, interactive play walls with built-in finger puzzles, a pathway with an in-built story and talking tubes, this park is magically made to entertain children.

There's also a pond filled with colourful, native fish and teeming with other wildlife such as eastern water dragons which have also been sighted in the area. Gigantic Ficus trees provide the perfect place to play hide and seek in a tranquil island forest!

What are you waiting for, check them out today! 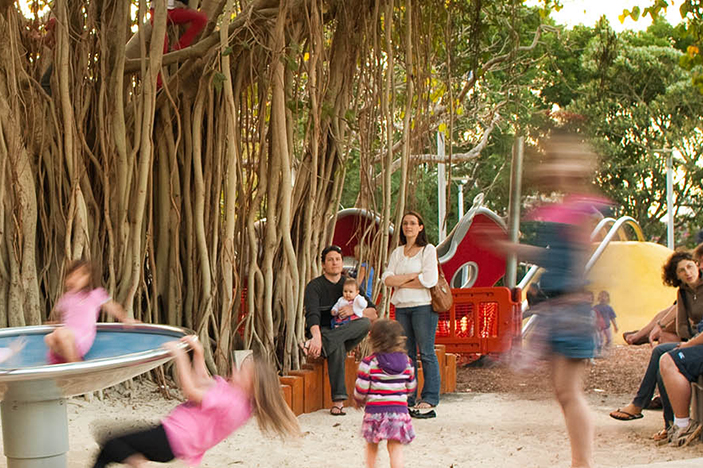